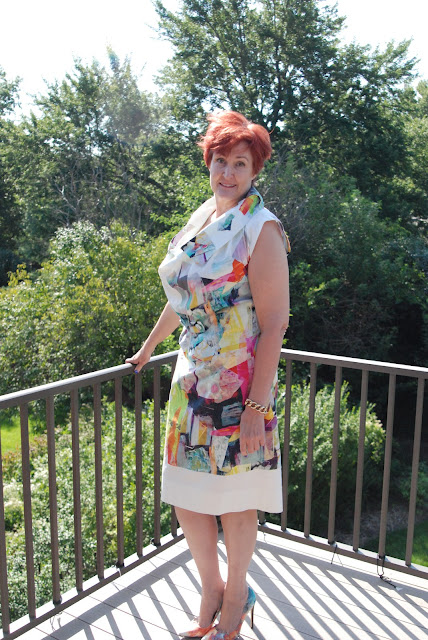 I promised Carolyn some photos of the front of this dress when I got them taken.  I think these aren't too bad, and so here they are. 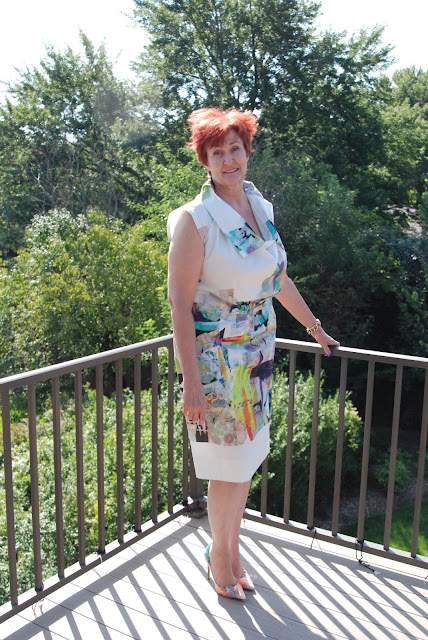 You can see that I used a 'belt' at centerfront, with covered buttons to attach it, to control the fullness that I had to add to be able to wear this dress in a woven, totally non-stretch fabric rather than the knit it was designed for.  There's also a zipper on the side seam for ease of getting it on.  You still have to pull it over your head, but this helps. 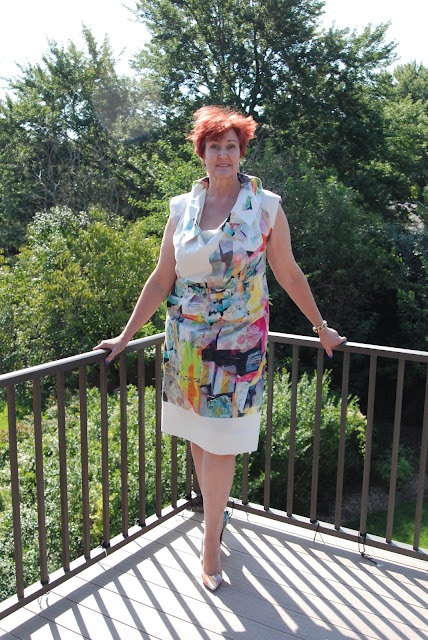 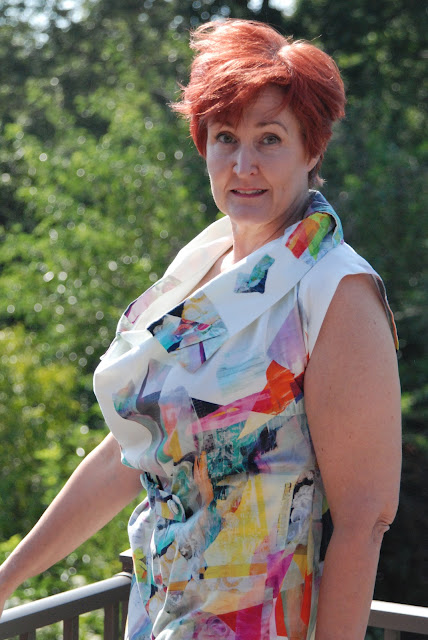 Frugality and a New Gym Bag 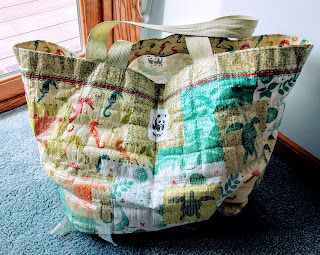 I thought this was just interesting.  To me, if no one else, anyway. I have always liked mending, to some extent. It's nice to be able to keep something going if I really like it, rather than throwing it away for a small problem

The photo above is my OLD gym bag, which was a give-away from the World Wildlife Fund, probably about 8 or 9 years ago.  It has held together remarkably well.  I have mended it several times, but mainly it was the straps that would come loose.  I've reattached them several times.  I think I re-sewed the seams at some time or other, but only because there was a small opening in one, and I thought I might as well just reinforce them all while I was at it. 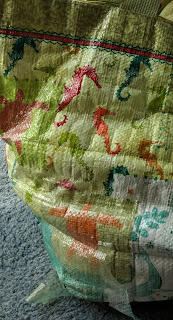 As you can see, the laminated layer finally was de-laminating, and I didn't know what to do about that.  I love the size and shape of the bag though, and the fact that it has almost no weight by itself.

The bottom photo is my new gym bag, which is a give-away from the World Wildlife Fund. Luckily, they were still offering these as a premium, so I got a nice blue one.  Still turtles, but I miss the seahorses.

Though it doesn't look like it, they are the same 'fabric'.  The old one almost looks quilted at this point, but it's just the structure of the fabric and the way that it's gotten old and worn.  I'm assuming the new one will do the same in a few years.  It didn't start de-laminating until the last few months, so I have high hopes for another decade or so from this one. 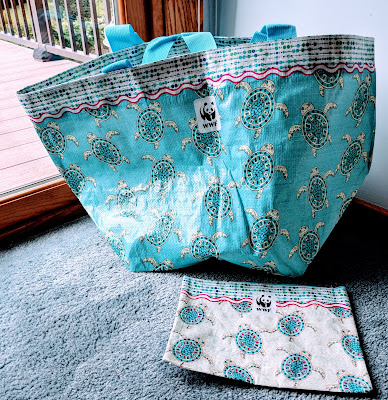